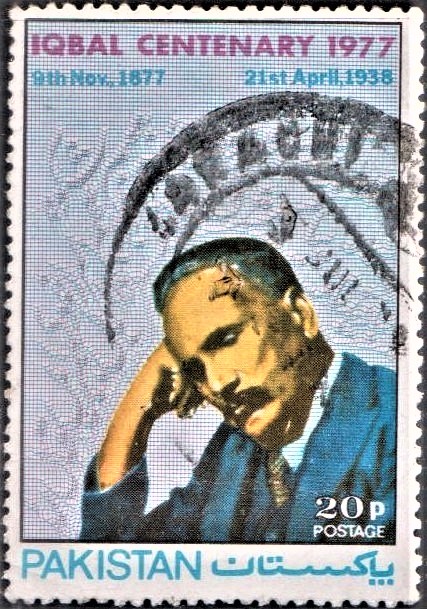 Description : The stamp is vertical in shape. The portrait of Allama Iqbal expresses his philosophical approach towards life. The titles of his famous works are shown in the background in relief. The wordings IQBAL CENTENARY YEAR 1977 appear in Red on top while the dates 9th November, 1877-21st April, 1938 are in Blue. ‘PAKISTAN‘ in Urdu and English appears in Blue in the bottom. The denomination “20-Paisa” and word “Postage” appear in the lower right corner in white.