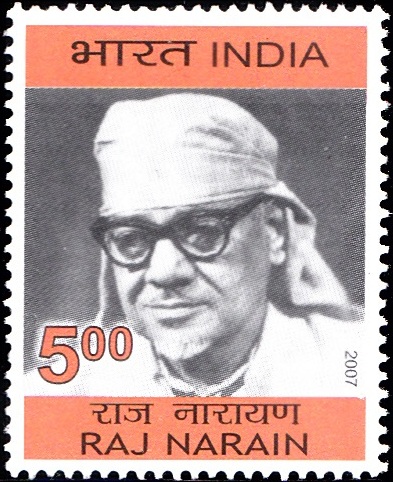 A commemorative postage stamp on ‘Lokbandhu’ Raj Narayan, won in famous electoral malpractice case against then Prime Minister Indira Gandhi, which led to her disqualification and imposition of Emergency in 1975 and defeated her during 1977 Lok Sabha from Rae Bareli :

Issued for : The Department of Posts is happy to issue a commemorative postage stamp on Shri Raj Narain.