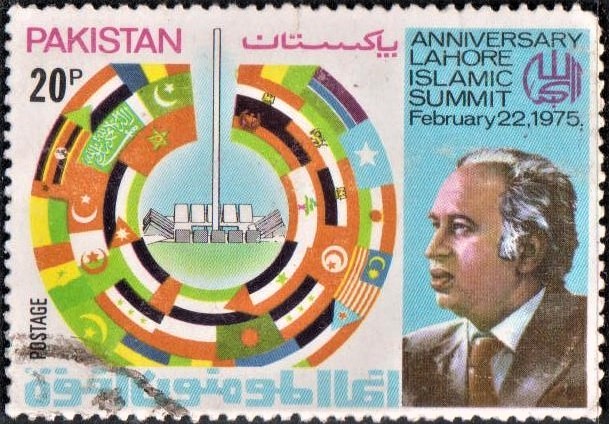 Complete set of 2 nos. of commemorative postage stamp on the 1st Anniversary of the Islamic Summit : 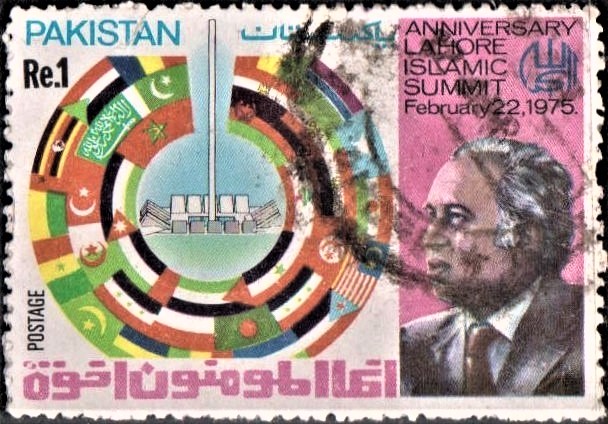 Design : The stamp is horizontal in format. On the left hand side of the stamp is depicted the design of the commemorative column proposed to be erected in front of the Assembly Hall at Lahore where the Islamic Summit was held from February 22, 1974. This is surrounded in concentric circles by symbolic reproductions in original colours of the flags of the countries who participated in the Lahore Summit.

On the right hand side is the portrait of Mr. Zulfikar Ali Bhutto, Prime Minister of Pakistan, who in this capacity was elected the President of the Conference and at whose initiative, combined with that of His Majesty King Faisal of Saudi Arabia, the Second Islamic Summit was held at Lahore from February 22, 1974.

At the base is an inscription in Arabic stylised characters meaning all Muslims are brothers.