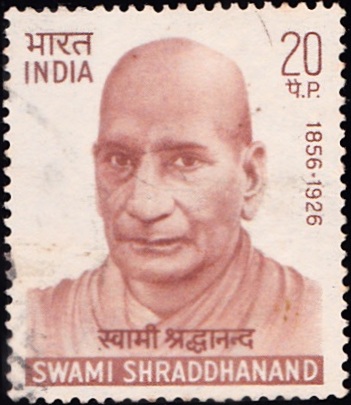 Issued for : His life was symbol of renunciation and penance. His field of action was limitless. The Posts and Telegraphs Department deems it a great privilege to bring out special commemorative stamp in honour of Swami Shraddhanandji , a noble soul and fearless patriot, and one of the greatest sons of India.

Description of Design : The design of the stamp is vertical and depicts a portrait of Swami Shraddhanand.