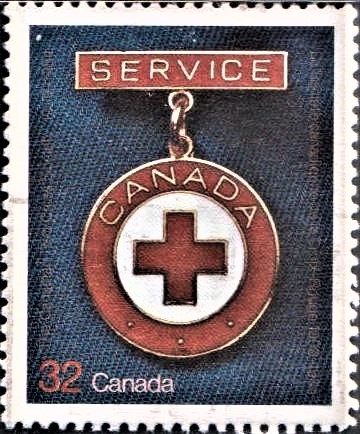 A commemorative postage stamp on the 75th Anniversary of the Canadian Red Cross Society, a humanitarian charitable organisation of Canada :

Design : At the heart of the Red Cross organization are the volunteers. In recognition of their invaluable contribution, the stamp design by William Tibbles and Clive Webster of Toronto features the medal awarded by The Canadian Red Cross Society for long-standing and meritorious voluntary service.