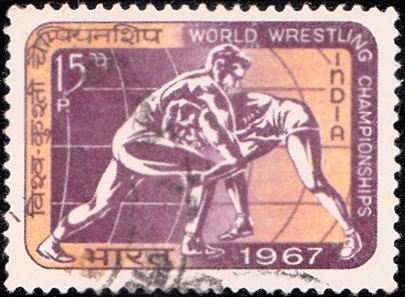 Issued for : India is playing host to the world wrestling championships of 1967 which is being held in New Delhi in November 1967. The P & T. Department feels privileged to commemorate the occasion by bringing out a special postage stamp on the 12th November, 1967 the opening day of the Championships.