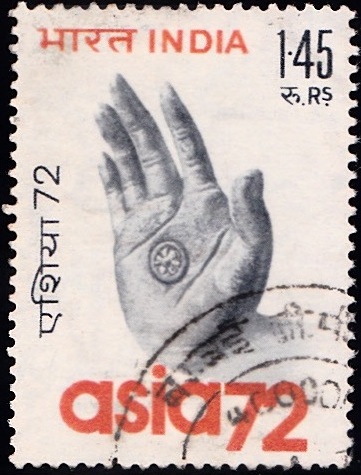 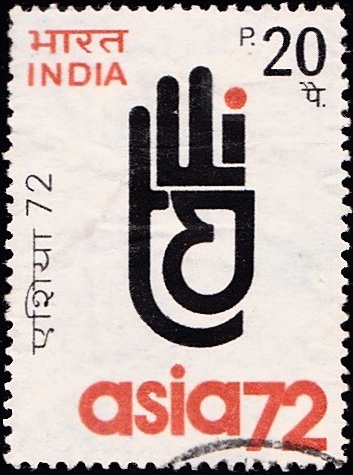 Issued for : The Posts & Telegraphs Department is proud to commemorate the opening of Asia 72 on 3rd November, 1972 through the issue of these stamps.

Description of Designs : The design of both the stamps is vertical. The insignia of Asia 72 appears on the 20 Paise stamp and the hand of Buddha in ‘Abhaya Mudra‘ is adopted on Rs. 1.45 stamp.