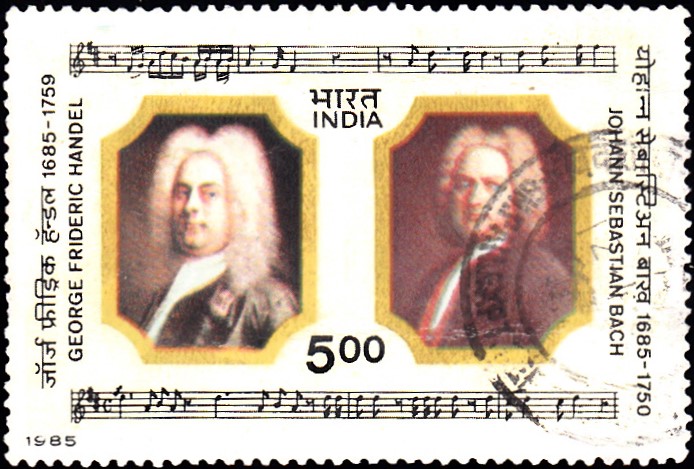 Issued for : The Department of Posts is privileged to issue a special postage stamp on the theme of performing arts on George Frideric Handel and Johann Sebastian Bach.