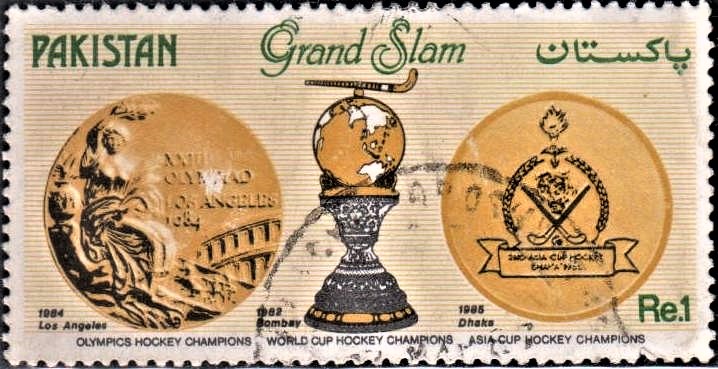 Issued for : Pakistan Post Office is issuing a commemorative postage stamp of the denomination of Re. 1/- to commemorate the victory of Pakistan in the Asian Games, the World Cup and the Olympic Crown.