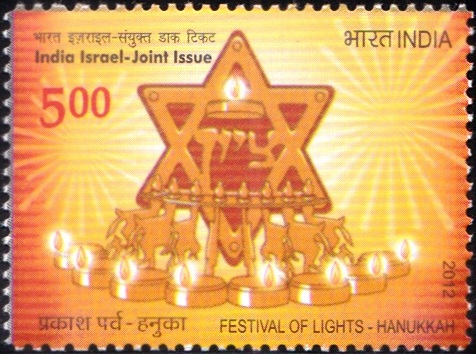 Complete Set of 2 nos of commemorative postage stamps on the 20 years of diplomatic relations between India and Israel : Festival of Lights, Deepavali and Hanukkah : 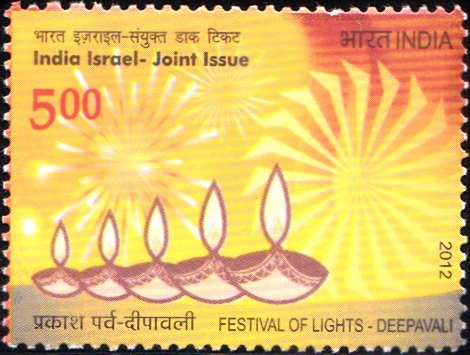