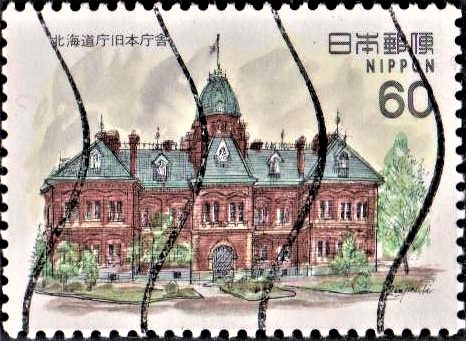 Complete Set of 2 nos of postage stamps on the Modern Western–Style Architectures in Japan : 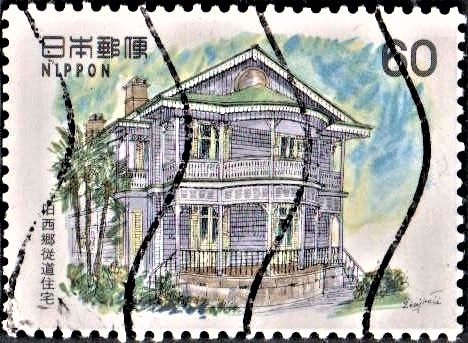 Issued for :Two 60 yen postage stamps will be issued on September 10, 1982, as the Modern Western-style Architecture in Japan Series 6.

The construction of this building started in 1886 when the Hokkaido Prefectural Government was established and was completed in 1888.

The style and the structure of the building were advanced for the age. The building is therefore an important reminder of government architecture during the Meiji period.

The building served as the base for the development of Hokkaido for as long as 80 years until a new Agency building was constructed in 1968 on the same ground.

This building originally stood on a hill known as the Saigoyama at Kami-meguro, Meguro-ku, Tokyo. It was moved to the present site in the Meijimura in 1964.

This two-storey wooden structure is assumed to have been constructed around 1877. It is a full-scale French-style structure with the fireplace and other fixtures imported from France. The weight of roofing was also reduced to increase resistance to earthquakes.