India on Preserve the Polar Regions and Glaciers A Miniature Sheet consisting of 2 nos of commemorative postage stamps on Polar regions of Earth : North and South Poles : 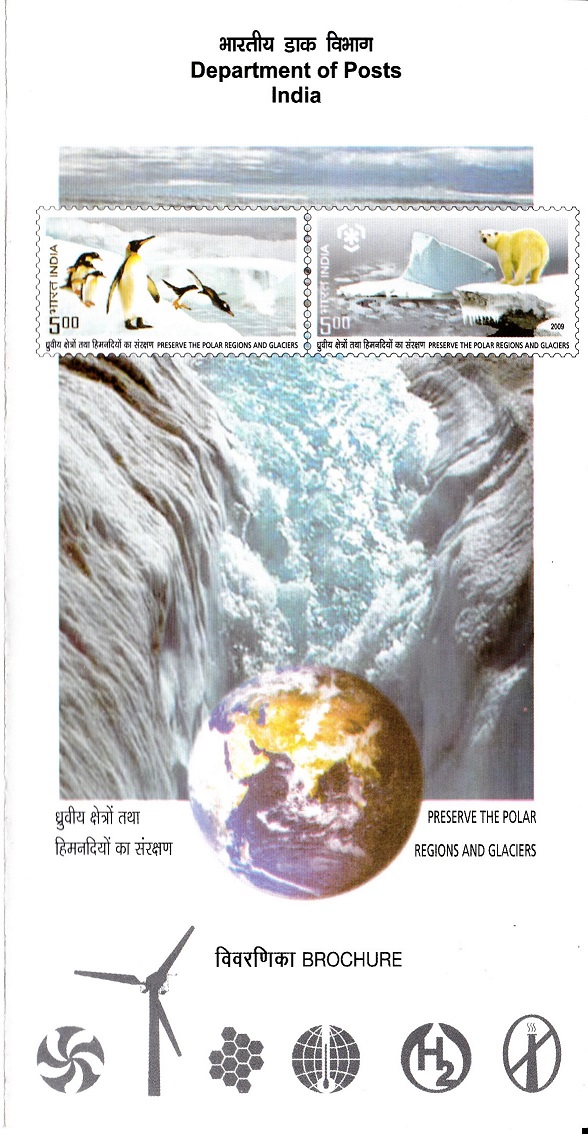 Issued for : India Post, by issuing a commemorative Postage Stamp carrying the message to save Polar Regions is contributing to the effort to sensitize people to leave the Earth a better place for future generations.