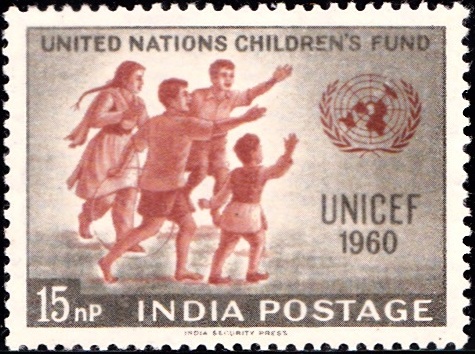 Issued for : Since independence, all States in the Indian Union have collaborated closely with UNICEF in the implementation of a wide range of programmes directed towards the improvement of the lot of mothers and children.

It is against this background that the Posts and Telegraphs Department have thought it fit to issue a special commemorative stamp on UNICEF Day.