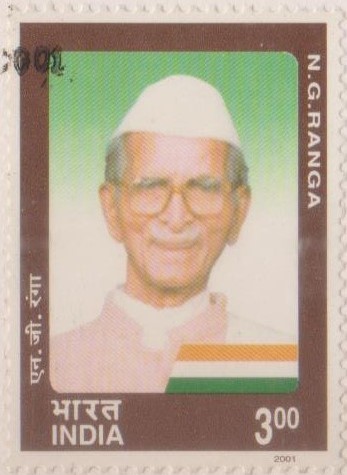 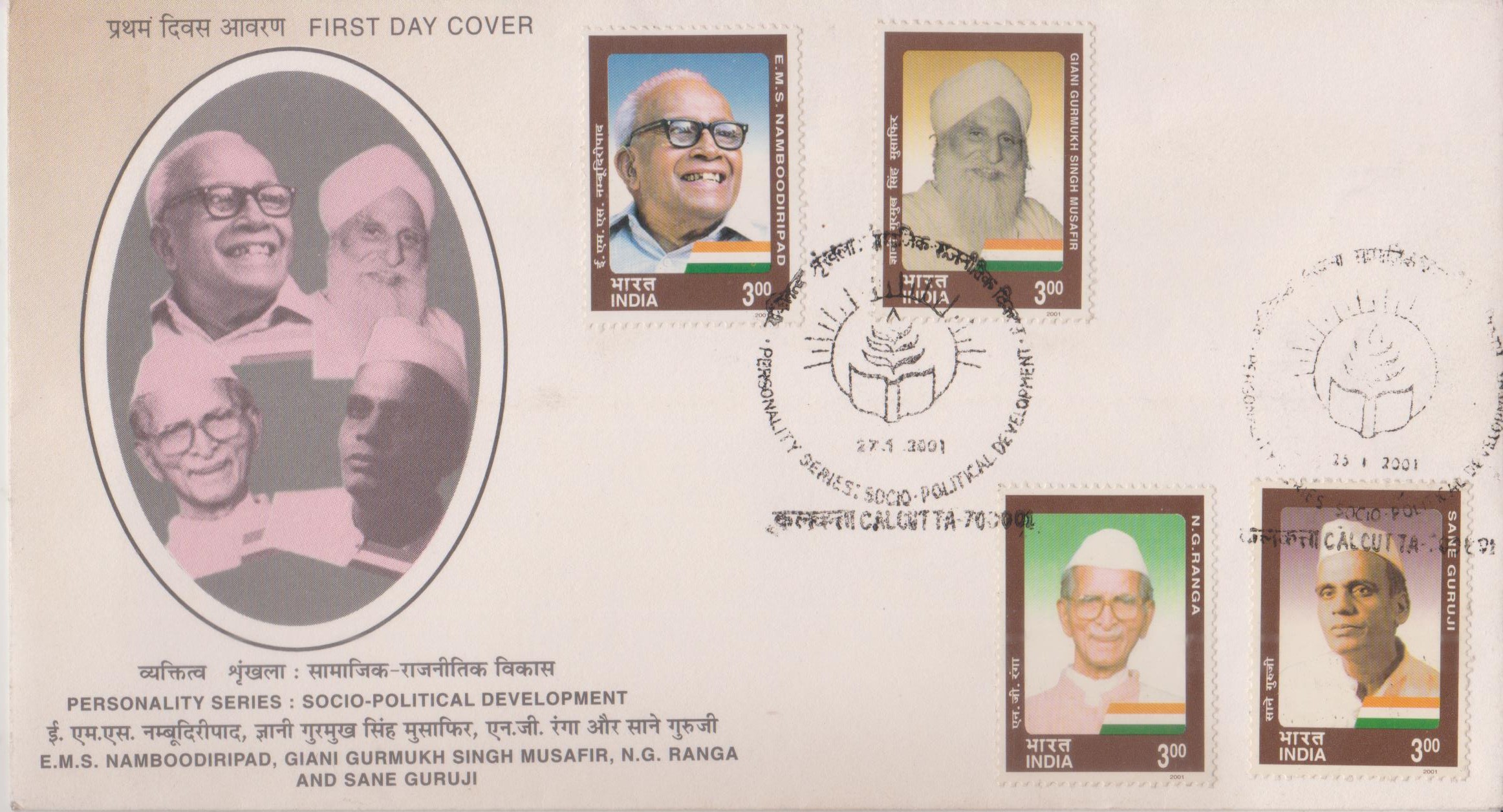 Issued for : Today, India takes legitimate pride in being the largest democracy of the world. Our present political system took roots during the National Movement, which was a composite socio-political process based largely on democratic principles. In the evolution of the Indian polity into a vibrant, stable and sustainable democracy, contributions of many individuals stand out. On the occasion of the ceremony being held at the Central Hall of the Parliament to mark the formal conclusion of the Golden Jubilee Celebration of the Republic of India, the Department of Posts is issuing a set of postage stamps to honour three such political leaders, namely E.M.S. Namboodiripad, Giani Gurmukh Singh Musafir and N.G. Ranga.