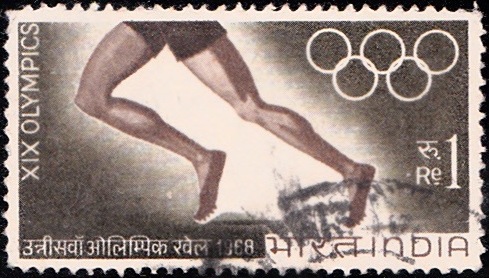 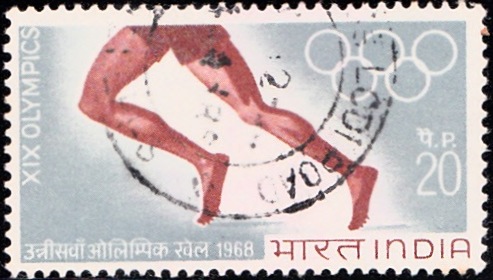 Issued for : It is, however, not the number of medals won that really matters. The Olympic Games are intended to foster international amity, by bringing together different countries in friendly rivalry. The events at Mexico City are expected to fulfil this objective to an even greater extent than in the past. India is taking part in the Games as a peace-loving member in the comity of nations keenly interested in the growth of international understanding in the field of sports paving the way for similar understanding in other respects as well. The Indian P & T Department celebrated India’s participation in that year’s Olympic Games by issuing two special stamps in the denominations of 20 paise and one rupee. These stamps were released to coincide with the opening of the Games on 12th October, 1968.

Description of Design : Both stamp denominations depict a running athlete showing silhouette of torso and legs. Five rings, as a symbol of Olympic, are shown at the right top corner of the stamp.